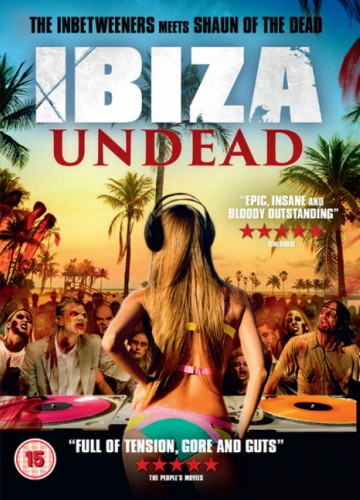 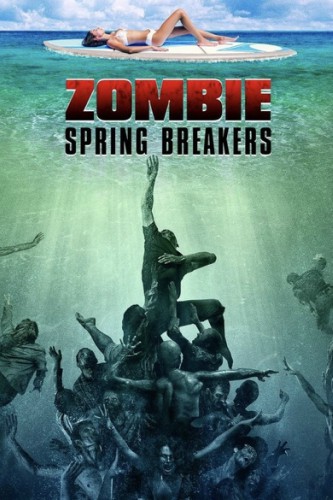 In grey, rainy England, three teenagers and best friends, Alex, Az and Big Jim are looking forward to all the fun in the sun they can find, on their first holiday away from their parents. The only setback for Alex is having to stay in the same villa as his overbearing big sister Liz, her glamorous best-friend Zara, and Alex’s resentful ex, Ellie. The recent, matter-of-fact, zombie-outbreak has been and gone, and the UK has come out largely unscathed. Ibiza, however, being a Catholic country, hasn’t incinerated its walking dead, and has, instead, kept them as a dubious tourist attraction.

Once they get to Ibiza, the youngsters are driven to their remote accommodation in the hills, by local eurotrash cabbie, Torval, in his campervan.

That night, the boys set out for some serious partying. They head to a club with the promise of a dubious “Live Show”. Unfortunately, it is several zombies who provide the “live” entertainment and they promptly escape their shackles to wreak some zombie havoc. Alex and Big Jim just about manage to make it out alive and decide to head back to the villa, but leave behind Az who has passed out drunk in the toilets, blissfully unaware.

The girls meanwhile are having a classier night-out at a cool Balearic beachfront bar. There they meet handsome posh boy Rupert, and his American drugs-casualty friend Todd. One mention of the girls private pool and that’s it - they all head back for a pool party.

Unfortunately, on a dusty road passing not too far from the girls outpost, a shipment of zombies bound for the same nightclub have escaped from an overturned trailer. Being zombies, they follow the nearest noise and light.....

The story becomes a hilarious fight for survival, as the group desperately try and work out how to escape the villa and get off the island before its quarantined by the authorities.

Meanwhile back in the club, nerdy little guy Az has woken up. Armed with a raging hangover and a samurai sword he heads back to the villa...