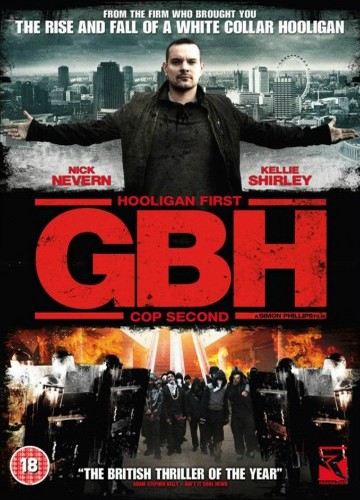 Damien is a policeman, intent on putting his shady past behind him. Prior to joining the force, he was a member of a football hooligan crew, who raised hell across the country. As a new officer of the law, he finds himself conflicted when confronting his old crew, who are running riot in the streets of London.

GBH is the directorial debut of Simon Phillips. A tough and aggressive film with an anti-violence message. GBH demonstrates there is sometimes a fine line between those upholding the law and those who seek to break it.

Featuring the actors Kellie Shirley(Run for Your Wife), Jenna Harrison (The Magnificent Eleven), Steven Berkoff (The Girl With the Dragon Tattoo), Charlie Bond (Strippers vs. Werewolves) and Lorraine Stanley (London to Brighton).