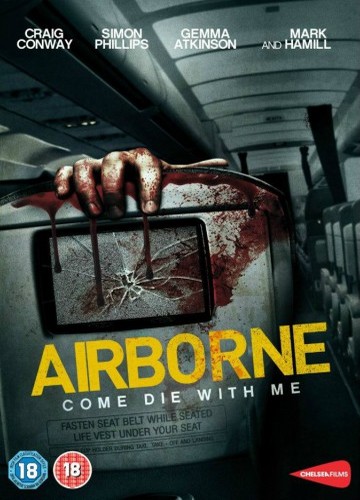 Shortly before a severe weather warning shuts down the UK air traffic system, flight 686 Atlantic Sky Airways leaves East Midlands airport heading for New York. The plane contains only a few passengers and just a skeleton crew due to the stormy conditions. When a lone traveller, mysteriously disappears after a few hours of normal flight, the remaining passengers become concerned for his welfare. A search of the plane reveals no sign of the man and tempers unusually flare amongst the anxious remaining pax  The pilot then announces the plane’s navigational system has malfunctioned and the plane has slowly drifted off course over the mid Atlantic. It is assumed that terrorists are behind these events but as the plane continues to drift off course, no one admits responsibility.

Back at the airport, suspecting a hijack situation, the airline company orders a search of the passenger list and cargo manifest. The plane is found to be carrying an ancient and precious Oriental vase. Under duress the owner reveals a dark and deadly history behind the vase and its ability to turn people against each other. As the ground crew battle to work out how to get the plane back to safety, one by one more passengers begin disappearing or found brutally murdered. Are supernatural forces at work or are there other sinister reasons behind the bloodshed?

Airborne marks the welcome return of Mark Hamill, in his first full length film role, after many years as a voice over artist.