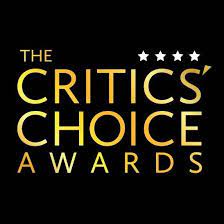 The Critics Choice Association held their 28th annual Critics Choice Awards on Sunday, January 15th, at the Fairmont Century Plaza hotel in Los Angeles. The highly critic claimed film ‘Everything Everywhere All at Once’ led all film nominees with 14 nominations going into the evening, and it took home awards for five of them, including Best Picture, Best Director (or Directors in this case), Best Original Screenplay, Best Editing, and Best Supporting Actor for Ke Huy Quan.

Steven Spielberg’s ‘The Fabelmans’ had 11 nominations although only took home one award, which was for Gabriel LaBelle who won for Best Young Actor/Actress.

Four other films tied with two wins each, while the rest tied ‘The Fabelmans’ with one win each.

Also on the TV side, Hulu’s ‘The Dropout’ won both Best Limited Series and Best Actress in a Limited Series or Movie Made for Television for Amanda Seyfried, which is fantastic news. Amanda also stars in a film we were involved with called ‘A Mouthful of Air’.