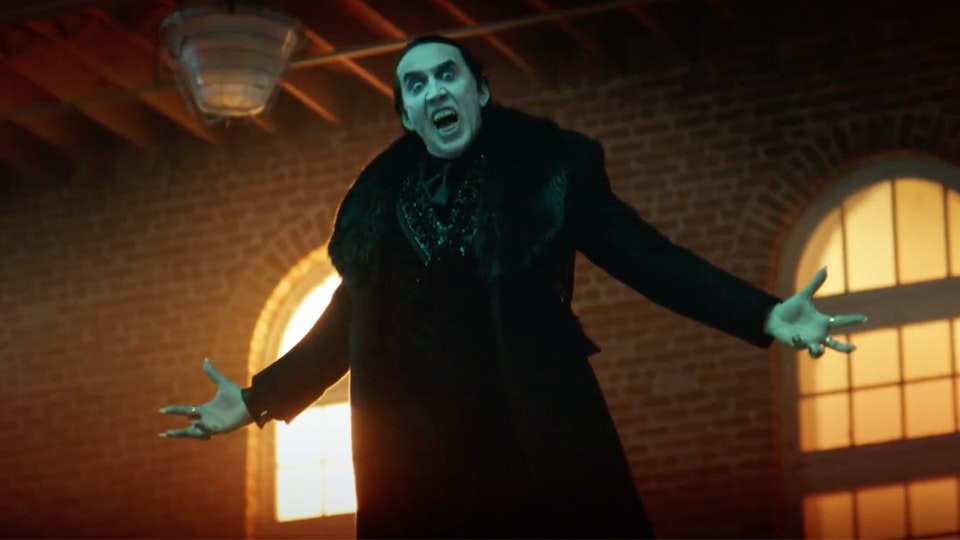 Whoever dreamt up the idea of casting Nicolas Cage as Dracula might just be a genius. Most of the trailer follows the character ‘Renfield’, superbly played by Nicholas Hoult and a traffic cop played by Awkwafina in this fun take on a present-day comedy about Dracula and his lackey Renfield. We see glimpses of Nicolas Cage as Dracula but it really feels as though the whole trailer is built on the big reveal of his character. If you don’t believe us check out the trailer below.

Synopsis
Renfield, the tortured aide to his narcissistic boss, Dracula, is forced to procure his master's prey and do his every bidding. However, after centuries of servitude, he's ready to see if there's a life outside the shadow of the Prince of Darkness.

The film is directed by Chris McKay and will be distributed via Universal.

Renfield will land in UK cinemas on the 14th April 2023
https://www.youtube.com/watch?v=6LmO6rmDW08