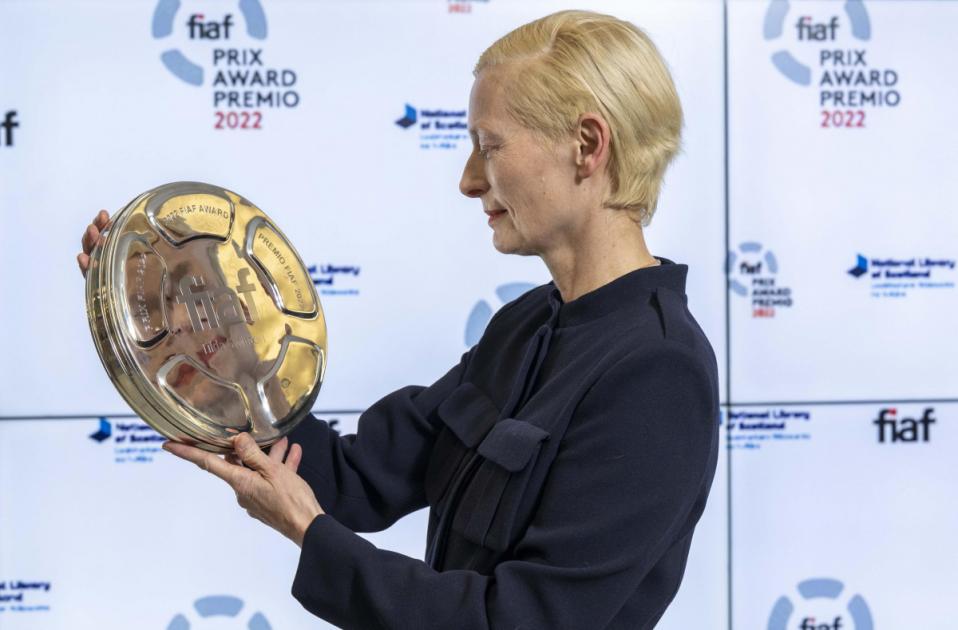 Tilda Swinton received a great honour in Glasgow and was awarded from the FIAF its annual award at the National Library of Scotland in Kelvin Hall.

Tilda Swinton's humble reaction was one of joy and described the award as a "profound honour" and emphasised the importance of "protecting and elevating the roots of our film culture" done by the international body. The actress who is an Academy Award winner was selected for her work on the preservation of film archives and film history.

The speech given by the FIAF highlighted some of her work including her role as a narrator in Mark Cousins’ 14-hour documentary ‘Women Make Film' and her collaboration on the film 'Derek' which told the story of Derek Jarman using archive footage.

Tilda Swinton said whilst accepting the award: "To be recognised by FIAF, a body whose work I admire so much, is a profound honour. The diligence with which they bend our attention to the essential foundation to world culture laid by our cinema legacy is something for which I am sincerely grateful.” She continued with "It has long been my view that cinema is our chance: I believe that, in opening our eyes to a wide, wild screen, it has the capacity to transform our hearts and our minds, our sense of belonging and our capacity to feel compassion for humanity."

Tilda Swinton is also known to be a supporter of film archives across the world and had recently given a masterclass series alongside Apichatpong Weerasethakul at the Thai Film Archive. She continued her speech with:

“In protecting and elevating the roots of our film culture FIAF encourages our fellowship and faith and very probably our ability to visualise a cinema of the future. I am beyond proud to have any opportunity to reflect and champion their work and if accepting this honour can help in any way, I am in, with bells on.”

FIAF President Frédéric Maire said: “Tilda Swinton is one of the most important personalities in contemporary cinema worldwide, demonstrating unwavering commitment to cinema in all its forms. Over the years, she has advocated for the preservation and enhancement of film heritage, including publicly supporting the work of film archives, and promoting restored films. By accepting this award, Swinton honours the international moving image archive community.”

The FIAF award has been presented every year since 2001.