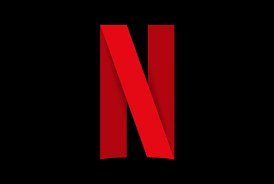 Over the last year alone, 40 Netflix originals and co-productions have been created in Britain, employing over 25,000 cast, crew and extras.

Ted Sarandos, chief content officer at Netflix said:  “This investment will ensure that British creators and producers have first rate production facilities and a world stage for their work.”

BFI chief executive Amanda Nevill is quoted saying “With all the opportunities it will bring for UK talent and UK expertise to create new homegrown stories to enthrall audiences worldwide, it’s great to see Netflix making their home here.”

The creative industries in Britain are growing much faster than the rest of the economy. This means they will be central to the country’s future after Brexit. If you talk with the streaming giants, they say that the cheap pound, exceptional calibre of producers and writers, and huge appetite for English language productions together make this country a hugely attractive proposition.

Pinewood Group chairman, Paul Golding said about the deal with Netflix that is was part of a wider £500m expansion which will see them build an additional 22 sound stages, with 16 at Shepperton and 6 at Pinewood Studios.

For more information please visit the link below:
https://variety.com/2019/tv/news/netflix-uk-production-hub-shepperton-studios-pinewood-charlize-theron-the-old-guard-1203258890/