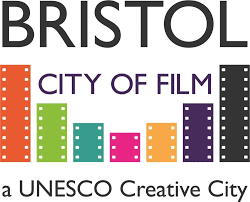 Bristol Film Office (BFO)recently released their figures after collating their data on production which shows that in 2021-22 filming in the city was up by 10%. A total of 1,067 filming days were carried out at the Bristol City Council-owned Bottle Yard Studios, with filmmakers saying that Bristol is very film friendly with an advanced production infrastructure.

Mr Craig Cheney, deputy mayor and cabinet member for finance, governance and performance, said: "Bristol's film and TV sector is a valuable contributor not only to the city's fiscal economy but to our social economy too".

A total of 709 licences were issued, which allowed filming to take place on city council-owned streets, properties and green spaces.

Shane Allen, executive producer of new BBC One comedy thriller 'Am I Being Unreasonable?', said: "Bristol proved a terrific choice for many practical reasons and in giving the show its identity.” He continued with “Aside from the well-run Bottle Yard base, there is a wealthy array of city and rural location options within a relatively short radius.

"There's something of the soul of the West Country in Am I Being Unreasonable?."

The Bottle Yard Studios is the largest dedicated studio facility in the West of England and a major hub for film and TV production.