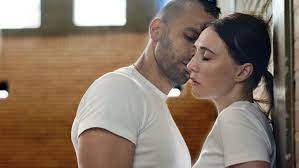 A24 Gains Rights For ‘Instinct’ Directed By Halina Reijn

The screening of ‘Instinct’ will mark A24’s first time that the company uses it’s screening room to show a film that they have not made themselves, instead they have acquired.

Carice Van Houten, best known for “Black Book” and “Game of Thrones,” plays  Nicoline, a criminal psychologist who begins work at a prison where one of her new cases, Idris (played by Marwan Kenzari), an apparently reformed sex offender, is preparing for release after five years of confinement. Despite her professional misgivings, Nicoline becomes infatuated with her charismatic, manipulative patient.

To find out more about the film and screening and to buy tickets please click on the following link
https://screeningroom.a24films.com/