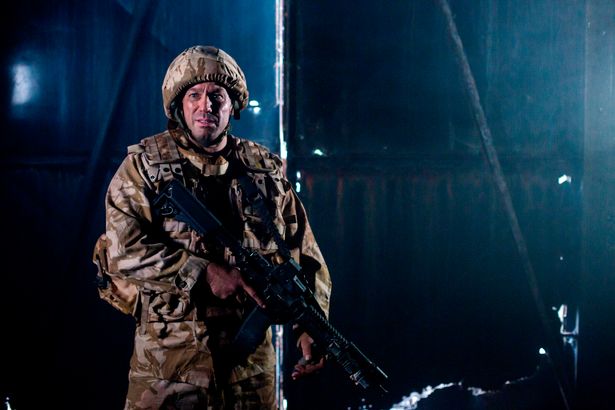 Our second short film after ‘Being Keegan’ has just been released on iTunes and Google Play after a successful festival run, where you can now watch the film in its entirety.

‘Lead Belly’ is a short drama focusing on themes surrounding homelessness and our armed forces. It’s a character-driven story that’s inspired by actual events. The film has hard-hitting themes to be drawn upon including loss, PTSD, and mental health issues experienced by retired armed forces veterans. The team behind the film worked closely with key charities, Soldiers off the Street, Combat Stress and Broughton House to help bring added realism to the film and a truth that is rarely spoken about. The reason behind wanting to bring such a film to screen was to help raise awareness of the cause and the charities. When we heard about the making of this film and the related causes, we felt it was a film that needed to be made and seen.

The films’ director Glynn said, “This is a story that’s vital. When I learned the statistics of how many veterans are living on the streets, dealing with mental health issues, I was compelled to be a part of raising awareness for this cause.”

To watch the trailer for the film please visit the following link:
https://www.youtube.com/watch?v=0CDZsFh_FcA

To watch the whole film you can either visit iTunes on the following link
https://itunes.apple.com/gb/movie/leadbelly/id1631508732

Or Google Play below
hhttps://play.google.com/store/movies/details?id=WPwEWynUDNk.P&sticky_source_country=GB&gl=GB&hl=en&fbclid=IwAR3RQpPHKS1uH-RQyZtTZkhNaEXwwdraAMmbSEi3stXuF7aTIy0bnrVPaO8