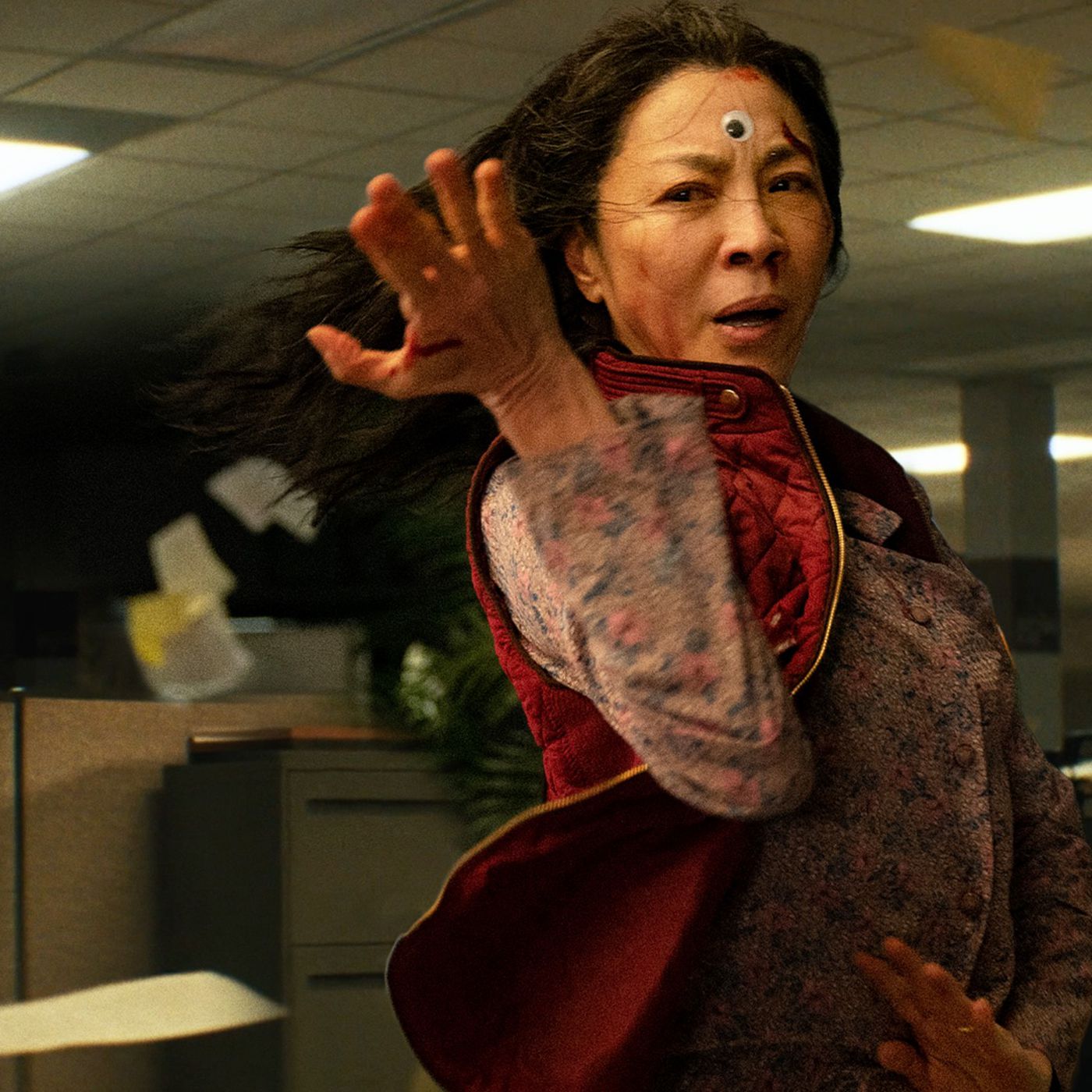 The Independent Film 'Everything Everywhere All At Once’ Hits Impressive Milestone

After only six weeks in movie theaters, this fascinating independent film has gained $35 million in box office receipts in North America alone, which is truly impressive for an arthouse film.  These ticket sales for this independent film is a sure indicator that the adult audiences are ready to return to the big screen for movies that tick the box for them.

The extremely well-reviewed ‘Everything Everywhere All At Once’ is directed by Daniel Kwan and Daniel Scheinertstars and stars the BAFTA nominated Malaysian actress Michelle Yeoh. Her role in this film is as a wife and mother, who exists in a multiverse, and is being audited by the IRS when she discovers she has to connect with parallel universe versions of herself to prevent cataclysmic destruction. The plot also involves family, everything bagels and hot dogs for fingers. Ke Huy Quan, Stephanie Hsu, James Hong, Jenny Slate and Jamie Lee Curtis round out the cast.

Over the weekend just passed, the film added $5.5 million from 2,200 cinemas, marking a 2% increase from weekend priors tally. That increase can be attributed to IMAX, where the film collected $850,000 from 256 screens between Friday and Sunday.

The ticket sales for this film are especially impressive because it’s one of the first pandemic-era indie movies to benefit from a platform release. The strategy, used primarily for arthouse films as a tool to build awareness and boost word-of-mouth, proved to be mostly impossible in COVID-19 times. This film managed to successfully drum up positive sentiments before expanding to theaters nationwide which was a clever strategy for the marketing side.

David A. Gross, who is the key person at the movie consulting firm Franchise Entertainment Research, said in a statement that the box office milestone points to one truth: “There’s still plenty of room for well-produced, original, creatively-told stories on the big screen.” He continued with “Platforms have never been easy and I don’t think that will change — they will remain rare. But when a movie is compelling enough, audiences will find that movie and platforming works.”

Film critics have also received the film well, which has an incredible 97% average rating on Rotten Tomatoes which in all fairness is rarely seen. One reviewer from New York Times film critic A.O. Scott called ‘Everything Everywhere All at Once’ a film that is “messy and glorious.”

A24 executives have been extremely happy with the progress of this film and said on Sunday in a note to press, “With no signs of slowing down, ‘Everything Everywhere All At Once’ will continue its theatrical run well into the summer.”

If indeed ‘Everything Everywhere All at Once’ does continue strong at the box office it  has a chance of knocking Adam Sandler’s “Uncut Gems” ($50 million) as A24’s highest grossing movie in North America. Globally, the studio’s biggest box office earner is Ari Aster’s “Hereditary” with $79 million worldwide, followed by Greta Gerwig’s coming-of-age story “Lady Bird” with $78 million worldwide.

To watch the trailer for ‘Everything Everywhere All at Once’ please click the below link
https://www.youtube.com/watch?v=wxN1T1uxQ2g