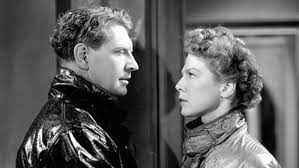 On Friday it was announced by the New York Film Foundation that their Restoration Screening Room will launch May 9th 2022 with the presentation of  'I Know Where I'm Going!', Michael Powell and Emeric Pressburger's Scotland-set romance, recently restored by the Film Foundation and the British Film Institute's National Archive.

How the screening room will work is movies will play at specific times as if in a live-event manner. The films are accompanied by introductions and conversations. ‘I Know Where I’m Going!’ will be available for a 24-hour window.

Martin  Scorsese, Film Foundation founder and chair, said in a statement “We’re looking forward to making these beautiful restorations available to a wide audience,” He continued with “Many of these presentations will feature restorations that are rarely seen, with myself and other filmmakers sharing why these films are important, how they have impacted our lives, and why it’s crucial that they be preserved.”

The first film ‘I Know Where I'm Going!’ will be introduced by Martin Scorsese himself and will also feature a conversation with Tilda Swinton, filmmaker Joanna Hogg, director Kevin Macdonald and Thelma Schoonmaker, who is Martin Scorsese's longtime editor.

Martin Scorsese started the Film Foundation in 1990. Since then, it has helped to restore an incredible 925 films, to date. Its World Cinema Project has restored 47 films from 27 countries.

This is an incredible move for the foundation and we look forward to watching some of the classic greats.