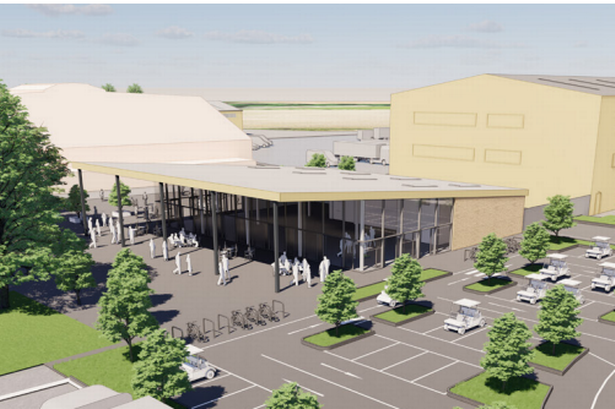 The studios in Leavesden which is famous for being the filming location of the Harry Potter series and studio tour, will relocate the current backlot space to create room for the new structures and also build a new car park for staff. Under the new plans Warner Bros. submitted, the studio would basically extend right down to the A41, with the current green space to south of the site being used as a backlot and for support facilities.

Their application was submitted on March 14 2021, Warner Bros. said within their statement that the studio has been an “unprecedented success” since it took over the site in 2010, but the changes were necessary to “maintain its position at the forefront of the global film and TV industry”.

The new stages will look like the current design, and the backlot provision will make that space permanently available for outdoor filming. It currently has temporary planning permission, but if approved the studio will also invest in new native woodland to screen the area from passing traffic.

A planning statement submitted to both district councils concluded: “Since acquiring the development site in 2010, WBSL (Warner Bros Studios Leavesden) has invested over £300m to create world-class facilities. Its world-class film making environment has made it the location of choice for many productions working in the UK who appreciate the quality of the facilities on offer and access to an experienced and talented workforce. To secure this success in the longer term, WBSL needs to continue to invest in the Studio to maintain their position at the forefront of the global film industry and provide further social and economic benefits to the local community. It adds: “These proposals will build upon the established world class facility at WBSL with state of the art sound stages and support facilities designed to best practice and exemplar environmental standards. This will reinforce WBSL as the go-to film making location within the UK.”

A decision on the proposals is expected before July.