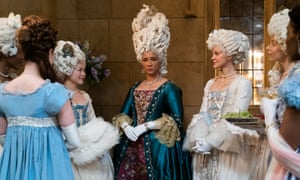 Annual investment has doubled since 2020, when the spread of coronavirus shut down the film and tv industry for months and now the production industry races to replenish libraries which have been depleted.

Adrian Wootton, chief executive of the British Film Commission said “The demand for content has never been greater,” He continued with “The UK is enjoying a once in a generation growth in production.”

The annual figures which were put together by the British Film Institute shines a light on the battle for viewers being waged between streaming companies such as Netflix and Disney and traditional broadcasters such as Sky, the BBC and ITV.

A staggering record of £4.1 billion has been spent making 211 high-end TV shows costing around £1 million an episode, like the new series of Bridgerton, The Crown and The Bay. The figure includes £737 million spent on films made specifically for release on streaming platforms, such as Pinocchio, which the BFI classifies as TV spend. The overall amount spent on making premium shows last year is almost £2 billion up, when compared to 2019.

Over 200 films were shot in the UK last year with £1.55 billion spent on production, up 13% on 2020, including nine Hollywood blockbusters, including The Batman, Aquaman 2 and The Marvels.

Ben Roberts, the chief executive of the BFI said “The record-breaking level of film and TV production in the UK revealed today is good news for our industry and the UK economy and demonstrates the speed of the sector’s recovery.”

In August, Amazon made the shock decision to relocate its $1 billion ‘Lord of the Rings’ production here to the UK, having already filmed one series in New Zealand and recently announced that they have struck a long term deal at Shepperton Studios.

In November, Netflix made a deal to double their studio space at Shepperton Studios, where they have made productions including the TV series Enola Holmes and the Charlize Theron film The Old Guard, and they have spent around $1 billon this year making 60 TV shows and films in the UK.

Disney also has a large-scale deal at Pinewood Studios, where  the Star Wars and Marvel films are based.

The continuation of the streaming wars have sparked a response from traditional broadcasters with Sky, which is building a new large-scale complex, and Comcast-owned stablemate Universal Studios, unveiling its biggest ever slate of original content investing in 125 TV series and films this year.

Ben Roberts continued his statement with “The groundwork for further growth is under way with expansion of studio spaces and production hot spots across our nations and regions,” He rounded up his interview with “