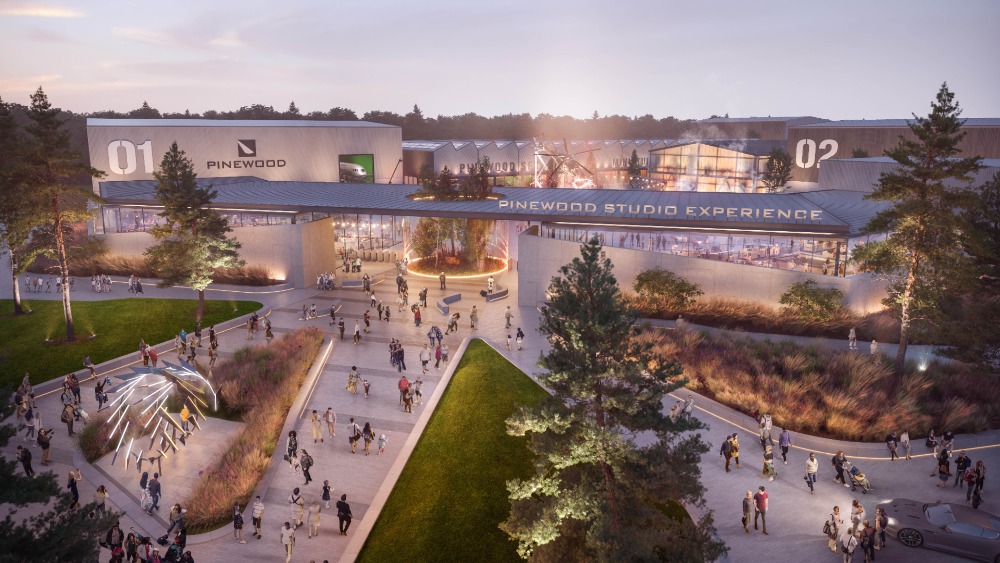 The outlined development for the new expansion includes sound stages, a skills and training hub to be operated by the National Film and Television School, a business growth hub and a major film inspired visitor attraction.  In addition, there are plans to extensively enhance the ecology and biodiversity of the area around the development and bring further considerable benefits to the community of Buckinghamshire. This really is an exciting time for the Pinewood Group and will be of a huge benefit to the UK film industry.

The Pinewood Group will be investing £500 million to create a global screen growth hub – ‘Screen Hub UK.’ The development will expand the existing facility and increase more space for film production in the UK and on top of this they will be offering an international visitor attraction.  It’s been anticipated the development project will result in a £355 million boost to the UK economy and create over 3,500 jobs.

Paul Golding, Chairman of Pinewood Group, said: “we are delighted by this outcome. The decision allows us to continue our ongoing investment in the studios and support for the UK film and television industries. Importantly, we now have the opportunity of creating a world-class training centre and film inspired visitor attraction, bringing considerable benefits to the community of Buckinghamshire and the UK economy.”