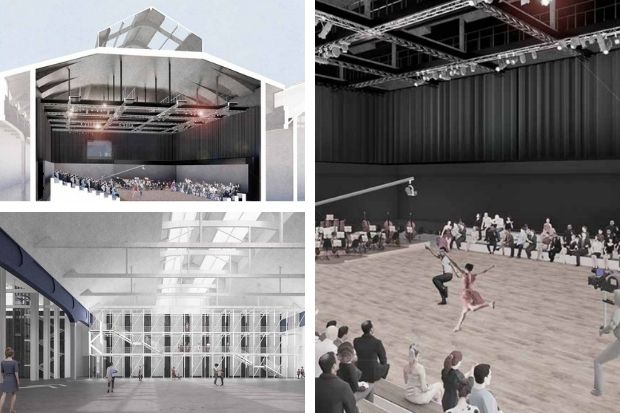 The £11.9 million project is jointly funded by the Scottish Government and Glasgow City Council and will soon become a filming location for some of the biggest Hollywood blockbusters.

Angus Robertson MSP, cabinet secretary for culture said in an interview “This is a huge boost for the creative sector in Scotland because it fills a gap and it ends a market failure”. He continued to say “Only a few short years ago we had next to no studio space and we have gone from that to having absolute high-end, cutting-edge technology.” He finished his statement with “I know this looks like a building site, but in the next year, this is absolutely going to be the top level of a studio for television production.”

The new studio will be 10,500 sq ft and operated by BBC Studioworks, where the location has already acted as the backdrop for STV Studios’ upcoming Channel 4 drama Screw.

Sarah Brown, creative director of drama for STV Studios said “We needed to build a really big prison set. We couldn’t find a prison in Scotland we were able to use for the length of time we needed it. So we created our own studio really, at Kelvin Hall.” She continued with “I remember going to the Kelvin Hall as a child to the carnival – and so it was amazing to be back there and amazing to be part of its rejuvenation as a studio space for Glasgow.”

The new studio will play a huge part in developing the film industry in Glasgow further, which has recently seen quite a few major film productions being filmed there including Indiana Jones and The Flash.

Kelvin Hall first opened its doors as an exhibition venue in 1927 and has played a significant role in Glasgow’s cultural and sporting life ever since. With this new production hub it will make way for more blockbusters being able to shoot in the area.

There has been a surge in new production facilities over the last couple of years as the demand for content grows. Not only will this new studio create jobs for local residents it will alleviate some of the pressure from other studios.