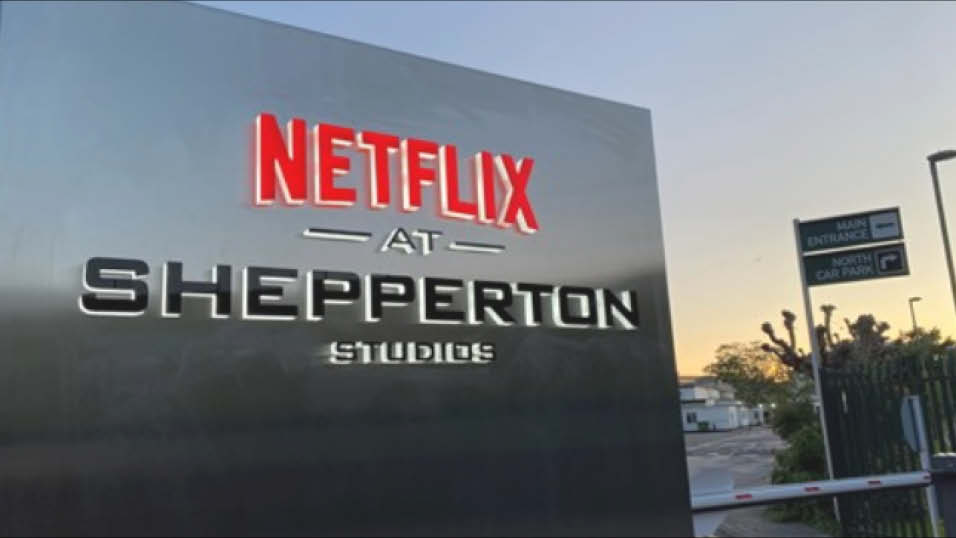 Both the Pinewood Group and Netflix have announced their new long-term agreement, as Netflix has reaffirmed its commitment to the UK as one of the streaming giant's key production hubs, where the historic facility is also set for a major expansion. The work has now begun and is due to be completed in 2023 and will become one of the biggest film and TV studios in the world.

Anna Mallett, Netflix’s VP for physical production U.K. & EMEA said “We are delighted to announce the expansion of our production presence in the U.K.,” she continued with “the new contract with Shepperton highlights our commitment to investing in the U.K. creative industry and will provide a wealth of opportunities and production jobs, from entry level to heads of department. We’re excited to work with some of the best storytellers in the business to create amazing new films and series for our members.”

Pinewood Group chairman Paul Golding commented “We are thrilled to be going ahead with the next phase of expansion at Shepperton Studios and we’re especially pleased to be strengthening our partnership with Netflix,” he continued to say, “their commitment to expand at Shepperton is an endorsement of our operational expertise and enables us to continue our investment into this great studio.”

Netflix first signed a contract back in July 2019 to establish their permanent production hub in the UK at Shepperton, this marked its first long-term studio deal in the U.K.

The length of the contract extension at Shepperton is unknown.