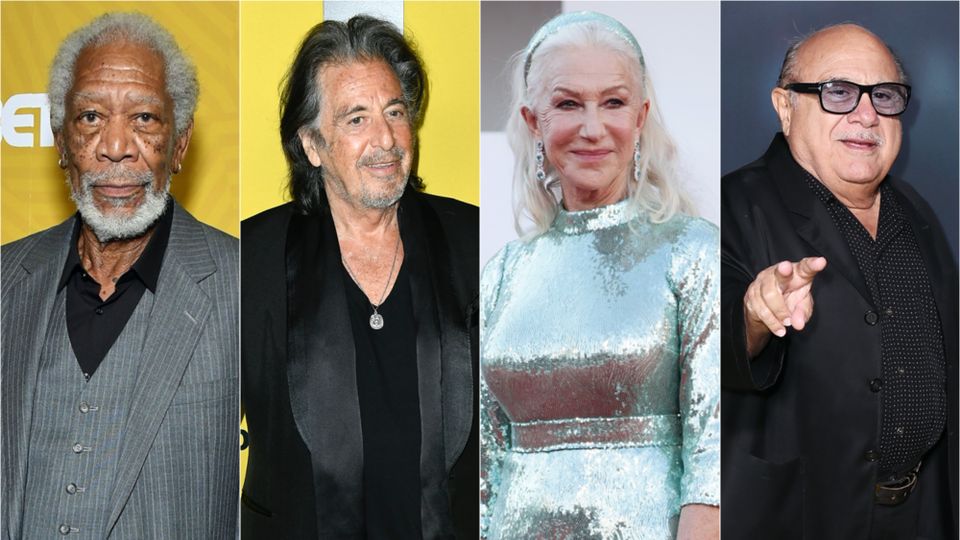 Helmed by Taylor Hackford, the Oscar-winning director behind ‘Ray’, the film ‘Sniff’ written by Tom Grey will star Morgan Freeman, Al Pacino, Helen Mirren and Danny DeVito which is a stylish reinvention of the film noir.

The film follows detective Joe Mulwray (Morgan Freeman) and partner William Keys (Danny DeVito) as they investigate a high-end luxury retirement community after the mysterious deaths of two of its residents. What starts out as a normal case quickly turns strange, as the detective duo uncover a hidden underworld of sex, drugs and murder controlled by senior living community kingpin Harvey Stride (Al Pacino) and his femme fatale enforcer The Spider (Helen Mirren).

Adam Goodman and Matt Skiena are producing through their company Dichotomy Creative Group. Taylor Hackford will also be producing for Anvil Films with writer Tom Grey executive producing. In a statement, Taylor Hackford explained the decision to make the movie a film noir using ‘Out of the Past’ and its remake ‘Against All Odds’ as his inspiration during an interview with Deadline.

"The whole concept of setting a film noir in an upscale retirement community ... these are proliferating all over the United States as the baby boomer generation gets to retirement," he said in the interview. "There's a lot of money, and people want to live in a beautiful setting. Those are on the brochures, but what Tom Grey did was show what was lurking below the surface. I thought it was a brilliant idea and he understood the nature of good noir - the dark story, the incredibly twisted characters - and I thought he had a great handle. Adam and Matt said, 'It's yours if you want to run with it.' I met the writer, Tom Grey, we clicked and worked on it together, him writing and me putting ideas in."

Taylor Hackford has made it his hope and goal to jumpstart the noir genre with his film ‘Sniff’ the same way ‘Knives Out’ did to the whodunit. Taylor Hackford explains, "Usually you don't want to mention other films, and this has nothing to do with that film in terms of story. But I loved what Rian Johnson did in terms of taking an old genre, the whodunit, and spicing it up with life and making it real in the contemporary situation. That's what I have in mind for ‘Sniff’ in the film noir. There is a stylistic quotient in the writing and the characters that gives the audience light. There is an enjoyment in film noir, especially when you get a Bogart, a Mitchum - somebody who knows how to deliver great dialogue. That's what Tom wrote, and I think it will be fun with the actors."

"At its core, I'm serious about film noir and that it gets dark and difficult", he continues to say, "There will be laughs and smiles in the film, but as it goes, it gets darker and darker, and it pays off. If you are using film noir and it doesn't pay off in a very climactic way, it becomes a euphemistic use of that turn and this is not that. We've got great racehorses on a really interesting track and when that happens there is potential, if I do my job, to turn out a memorable film".

Endeavor Content will launch worldwide sales for Sniff at TIFF. According to producer Adam Goodman, the goal is to start production in early 2022 for a release at the end of next year.