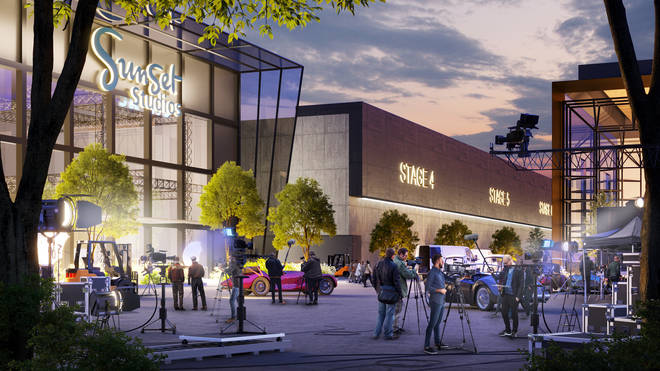 Hollywood to bring £700 million film and TV studios to Hertfordshire

The Global investor Blackstone and real estate giant Hudson Pacific Properties have revealed their plans for their first Sunset Studios in the UK to launch the “centre for film, TV and digital production” in Broxbourne to take on the likes of Warner Bros. The development will be the first Sunset Studios operation outside of the U.S., where they already run four studios. The partnership’s California based film house has produced huge hits such as ‘Fresh Prince of Bel-Air’, ‘La La Land’, ‘When Harry Met Sally’ and ‘Zoolander’.

So far, £120 million has been spent to acquire the 91-acre site and it is expected the new studio hub will be larger than other rivals such as Pinewood Studios, where franchises like ’Star Wars’ and ‘James Bond’ are filmed.

In a recent interview the UK’s Prime Minister Boris Johnson said the investment was "excellent news" for the UK's film and TV industry.

"The creative industries are at the heart of our plans to build back better", he went on to say "This will be a hub for both UK and international productions, showcasing home-grown talent on the global stage".

Culture Secretary Oliver Dowden said: "This new studio is yet another vote of confidence in the UK's booming film and TV industry". He went on to say "Through the British Film Commission, we're supporting the development of stage spaces like this across the UK, boosting the local economy and backing our world-class creatives to make the next Bond blockbuster or binge worthy box set."

Both Blackstone and Hudson Pacific shared their excitement to work together on another site, saying they were "confident" the facility would be in high demand.

James Seppala, head of Blackstone Real Estate Europe, said: "We are excited to expand our partnership with Hudson Pacific into the UK and intend to deliver a world-class studio facility that will help ensure that the UK continues to be a premier destination for content production globally". He continued with "This is a continuation of our thematic investment focus and long-term conviction in media, entertainment and content creation".

Victor Coleman, chairman and chief executive officer of Hudson Pacific, said: "With our expertise developing and operating state-of-the-art media campuses and Blackstone's resources and existing market presence, we are confident this facility will be in high demand from leading content creators". He then finished his statement with "We look forward to working with Broxbourne Council to ensure the project has a meaningful positive impact on the local community".

The Uk film and TV industry is seriously booming and it's our belief this new studio will be a welcome relief on the high demand of studio space.