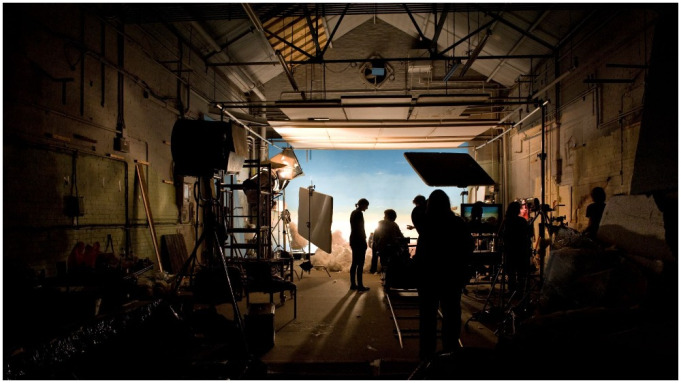 How To Keep Up With UK Film Industry Boom

The UK is currently packed to the brim with Hollywood productions including films such as Mission: Impossible 7, Indiana Jones 5 and Doctor Strange in the Multiverse of Madness, and TV productions including Amazon’s The Witcher, The Essex Serpent, Dungeons & Dragons and Star Wars: Andor. Netflix and Disney, two major users of British film infrastructure, have struck long-term deals to make productions at two cornerstone UK film studios, Netflix at Shepperton and Disney at Pinewood.

But the heightened level of demand for content ushered in by the boom in pandemic viewing means new studio developments are not coming online fast enough, says the property consultancy Lambert Smith Hampton (LSH). According to LSH, 2.3m sq ft of new studio space will be needed by 2033.

“There is nowhere near enough space,” says Chris Berry, a director at LSH the property consultancy (Lambert Smith Hampton). “The requirements are equivalent to approximately four more Pinewoods. The level of demand for studio space and new content has changed but the supply chain has not reacted to the extent required. Even when all the current schemes out there are delivered, there still won’t be enough space". The new studio space would be needed by 2033.

The covid-19 pandemic has completely supercharged the golden age of TV viewing alongside the battle of the streaming giants such as rivals Netflix, Amazon, and Disney for top spot. According to a report, audiences in England spent 40% of their waking hours watching TV during the pandemic, with 9 million subscribers to the three huge streaming platforms. This was double the subscribers from the previous year with the lockdown helping BBC’s ‘Line of Duty’ the most watched drama series this century, the program has a fantastic cast, including Stephen Graham who also starred in the first ever short film we supported ‘Being Keegan’.

With the shutdown of studio productions for quite a few months during the pandemic and productions closing with new cases of Covid this has meant TV companies and streamers are struggling to keep their libraries stocked with fresh content, resulting in an unprecedented boom in demand for studio space.

Last year there were 231 films and high-end TV productions top end dramas costing more than £1m an episode to make, like Bridgerton , which was made in the UK, a quarter fewer than streamers and broadcasters needed to whet viewers appetite in 2019.

The report from LSH (Lambert Smith Hampton) estimated that the need to restock libraries, and with the ever-increasing demand for new content as streaming companies and broadcasters seek to attract and keep their viewers, means a sustained demand for new studio spaces here in the UK that will run into the next decade.

Jeremy Rainbird, a co-founder of ‘The Creative District Improvement Company’ (TDIC),  the company that runs facilities inclusive of Twickenham Studios, said there are already signs of an impending crisis evident in the amount of “meanwhile” spaces with temporary sites like warehouses being converted for filming use.

“We have seen a significant increase in ‘meanwhile’ space, developments with deals for up to 10 years, but these aren’t permanent solutions as they are mostly closed shops for just one player to use,” said Jeremy Rainbird in an interview, he continued to say  “We need more proper studio space. The UK is considered to be the best in the world. The largest features and tentpole productions choose to come here. We are absolutely going to lose business if the space issue is not addressed. We are not going to lose business so much to Europe, where there can be language barriers, but we run the risk of losing productions to English-speaking countries with good facilities and incentives, such as the US and Canada. It is a space race.”