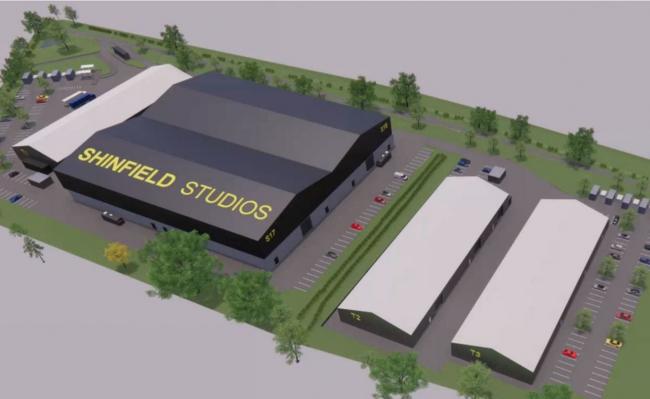 Currently Shinfield Studios only has planning permission to use the land at Thames Valley Science Park until 2026, but the company are very keen to make this a permanent fixture. The studio is currently set to open in September and the company is hoping to add a further 14 studios.

Nick Smith, the managing director, said it was seeking permission to convert the four-stage film studio into "a permanent planning position". He continued to say that it will be "the second biggest studio in the UK" and provide much-needed studio space to meet growing demand from companies like Disney, Netflix, and Amazon. The project is part of a long-term vision for a "Cine Valley" where further TV studios could also be built.

Wokingham Borough Council have given the company planning permission to set up a film studio on the site for five years which is only until 2026 where the studios would be removed with the land being restored to its former condition.

The studio aims to bring "major Hollywood film productions to the UK" and with this it could create £500m of annual investment to the UK. With more and more productions coming to the UK, this could be a great permanent fixture as the UK needs more studio space to keep up with the ever increasing demand for production content in both television and film.