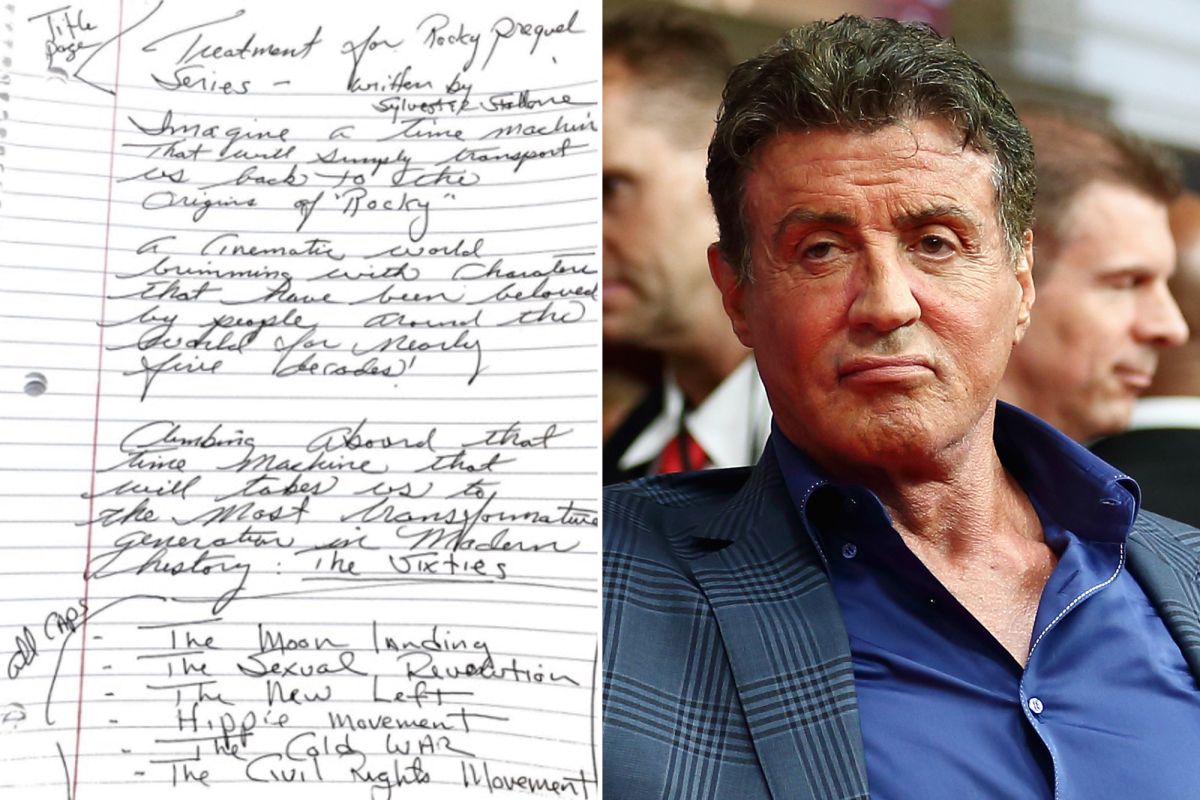 Rocky Prequel In The Works.

The action star Sylvester Stallone gave his loyal fans a treat as he gave them a glimpse of his latest project on Monday via sharing pages of his handwritten notes for the potential Rocky prequel.

"I started out this morning by writing a treatment for a Rocky prequel for streaming. Ideally 10 episodes for a few seasons to really get to the heart of the Characters in there younger years," He wrote on the image.

"Here is a small portion of how my creative writing Process starts ... Hope it happens (sic)," he continued to write.

His notes were titled, "Treatment for Rocky prequel series," and begin with "Imagine a time machine that will simply transport us back to the origins of Rocky, a cinematic world brimming with characters that have been beloved by people around the world for nearly five decades!"

Sylvester Stallone explained to his fans the beginning of the story would take the audience back to the 1960s where we meet Rocky when he is at the tender age of 17.

"Needless to say the 60s was a dynamic time," he wrote. "Yet among all this Social Seismic Activity, we drop in on the rather plain life of 17-year-old Robert 'Rocky' Balboa. When we first met Rocky in 1976, he was a very lost soul... We now see this young man struggling like all young people trying to find their place."

On Tuesday of this week, Sylvester Stallone shared typed up notes and dialogue for the potential TV series and announced he has already received the backing of studio executives at MGM.

"I KNOW my hand writing is very awkward. But so what it achieved the goal," he wrote beneath a picture, he then adding: "But I decided to show a little bit more of the creative process for the Rocky Prequel but this time it's a lot more legible... Tell me what you think. I'm excited. MGM is excited. Hope you are too (sic)."

The original Rocky film was made in 1976 which saw Sylvester Stallone take on his Oscar-nominated role ‘Rocky Balboa.’

We do hope the prequel makes it to our TV screens.