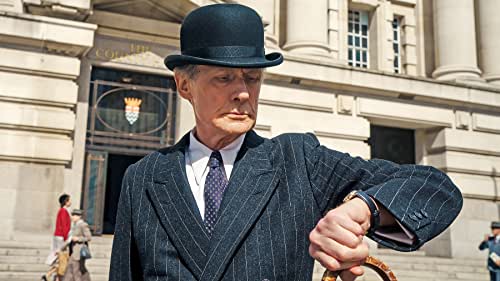 Bill Nighy To Be Honoured With Star Award

The much deserved award for Bill Nighy for his role in ‘Living’, where he plays a man who is told he is living with an incurable illness and he decides to start living his life to the fullest.

“Bill Nighy delivers a tender and moving performance, addressing both the weight of life and death in the masterful film Living,” said festival chairman Harold Matzner. “For this outstanding accomplishment and triumphant work across his acting career, it is our honour to present the International Star Award, Actor to Bill Nighy.”

This film ‘Living’, a reimagining of Akira Kurosawa’s “Ikiru” transposed to London, follows an ordinary man named Mr. Williams (played by Bill Nighy), who, after years of running through the motions in his office work life, makes a great effort to bring excitement to his dull life. The Sony Pictures Classics film is directed by Oliver Hermanus and written by Kazuo Ishiguro. Also starring in the film are Tom Burke, Aimee Lou Wood and Alex Sharp.

The Palm Springs International Film Awards will be presented by American Express and sponsored by Entertainment Tonight and IHG Hotels & Resorts. B

To watch the trailer for ‘The Living’ please visit the following link:
https://www.youtube.com/watch?v=t2L8CP31-14