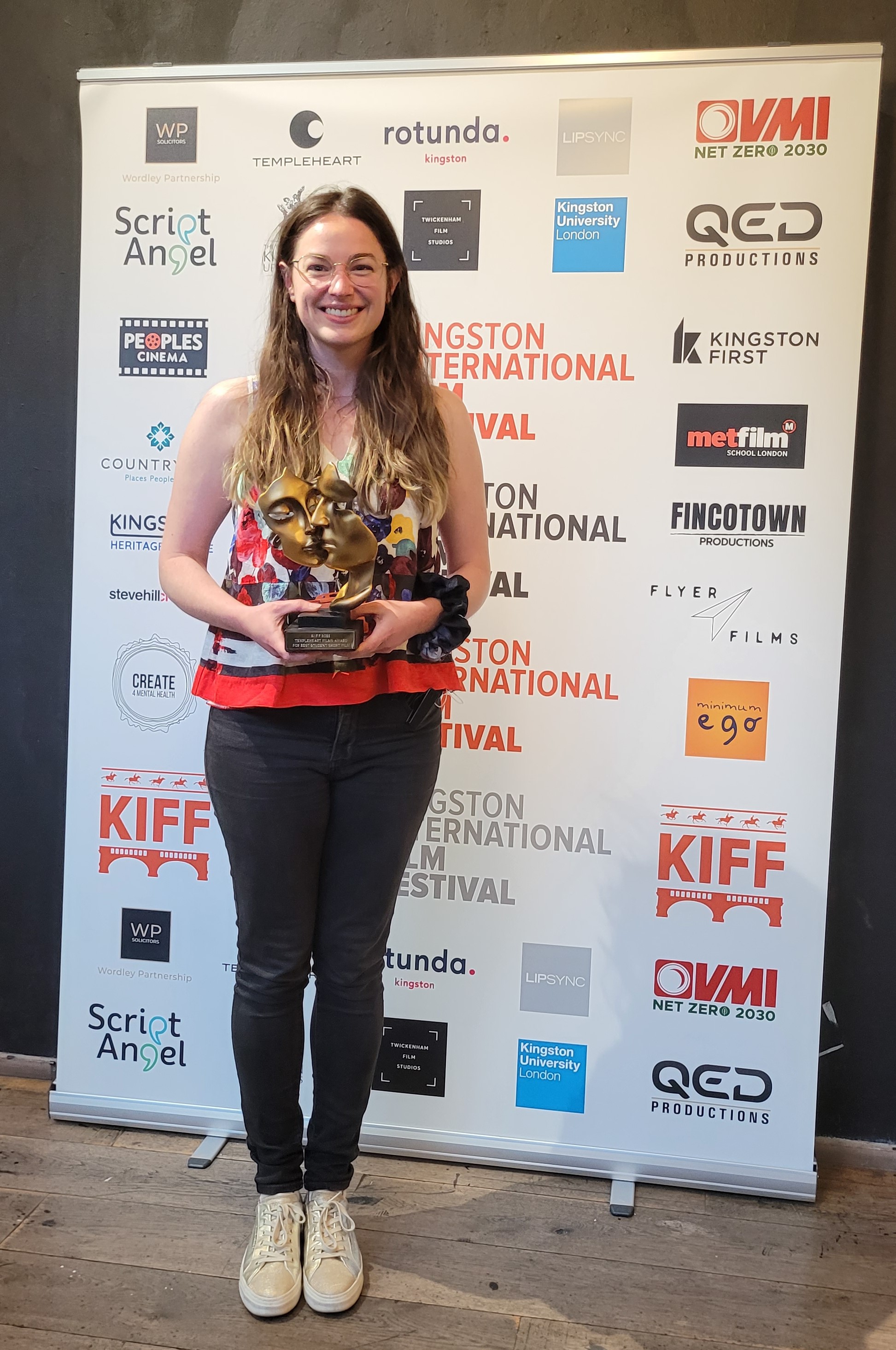 Supported by BAFTA award-winning film director Mike Newell and Academy Award winning actress Dame Vanessa Redgrave, KIFF 2022 was the first ever film festival in the area, where they screened both features and shorts across Kingston over the weekend of the 24th June to the 26th June 2022.

After going through hundreds of submissions the final shorts were screened in venues across Kingston. Our award was given for best student short film.

THEY CAN'T, SO I MUST directed by Dara Eshahian

For more information about the short please visit their IMDB page:
https://www.imdb.com/title/tt15495036/?fbclid=IwAR0QXzISh90UE8yFdTQydKOWsJS8jr4qD97pbBLgMKCq5HDybKxCZ6pnG_I